5 Interesting Facts About the Desert 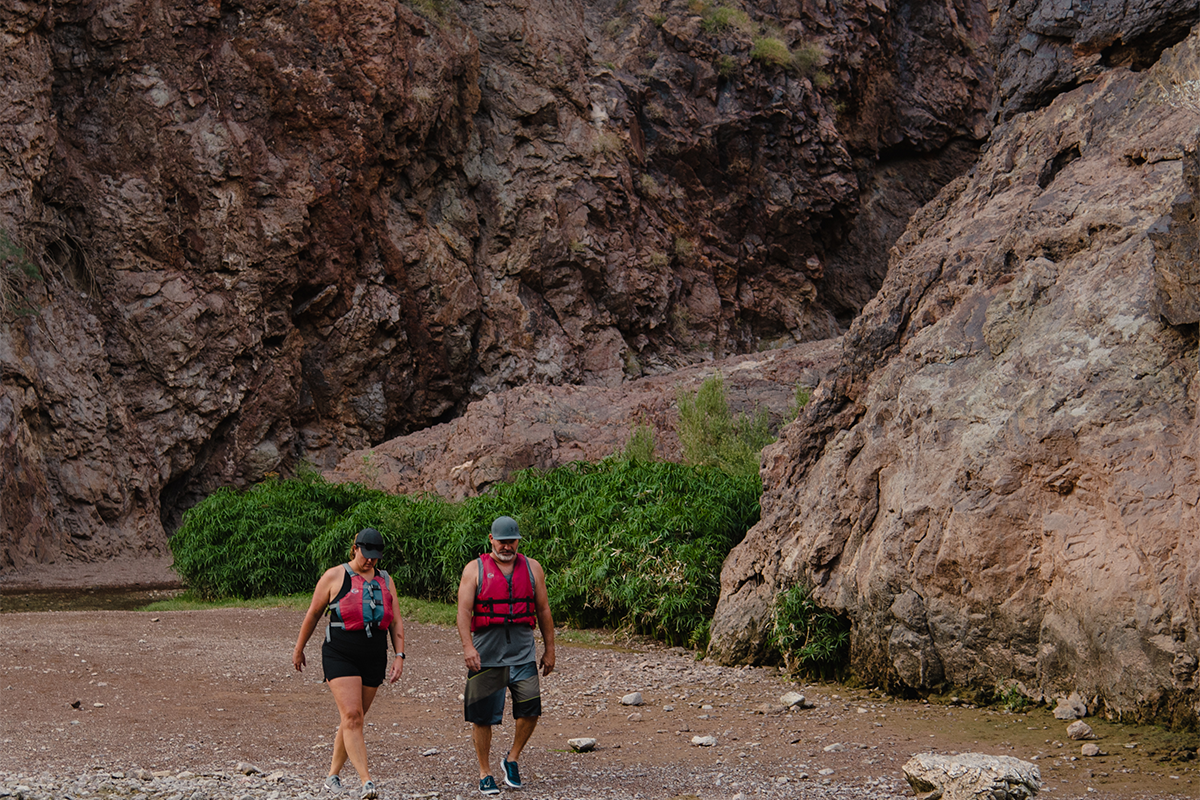 Deserts might seem like dry and barren wastelands, but they’re some of the most extraordinary places in the world. They show a unique side of nature and provide tranquility to those who need it. The Las Vegas, Nevada area is mostly desert, filled with breathtakingly beautiful sceneries you never knew existed. Visit Sin City and see the natural world from a different perspective. Here are interesting facts you should know before booking your next big adventure

Is Nevada Really a Desert?

Nevada is the United States’ driest state, seeing only 9.5 inches of rain yearly. It spans vast sandy deserts, grasslands, and mountain ranges separated by wide valleys. Within these scenic desert landscapes in the Las Vegas valley, an entertainment and shopping oasis that welcomes millions of visitors annually.

Visiting Las Vegas anytime soon? It seems like a completely modern, progressive city, yet it’s located in the northeastern section of the Mojave Desert. Las Vegas and the entirety Nevada have vast unexplored, underdeveloped lands waiting to be discovered by passionate travelers.

5 Facts About the Nevada Desert

Make no mistake about it: The desert is home to all sorts of interesting factoids and surprises.

1. Nevada is the Country’s Most Mountainous State

Nevada is in the western part of the U.S., bordered by Utah on the east, California on the west, Arizona on the southeast, and Idaho and Oregon to the north. It’s a landlocked state divided into three main regions: the Columbia Plateau, Sierra Nevada, and the Basin and Range Region.

There are more than 300 mountain ranges from north to south of the Great Basin, ranging from 2,000 to 3,000 feet in elevation. Its major mountain peaks include White Mountain Peak, Jeff Davis Peak, Wheeler Peak, Charleston Peak, and Nevada’s highest point, Boundary Peak.

Travelers who want to go on a challenging hiking trip head to Mt. Charleston, a 40-mile, 45-minute drive from Las Vegas. They usually start at the North Loop or South Loop and endure strenuous paths to explore unique ecological zones filled with diverse plants and animals.

2. It Has a Harsh Climate

Nevada can be a tough place to explore during the summer, so prepare for a scorching hot day in the desert. In Las Vegas, temperatures can get up to about 115 degrees Fahrenheit. Despite the harsh climate, it's still a popular destination for millions, all times of year — and that includes celebrities. (Fun fact: Michael Jackson once planned on building a 50-foot robot that was set to roam around the Nevada desert, as part of a Las Vegas residency that never happened. With or without massive robots, the desert is still a great place to explore any time of the year.)

Las Vegas can be uncomfortably hot during the summer, but it's still possible to do outdoor activities throughout all four seasons. The Mojave National Preserve is a wonderful spot for desert hikers and campers, as many trails are easily accessible via paved roads. Or, if you want to cool off in the water, try a guided kayaking tour around the Hoover Dam, Emerald Cave, and other fascinating destinations.

Nevada is known for its biodiversity, with around 2,800 plant and 4,000 animal species. Much of this greenery includes more than 1,500 native wildflower species, providing a grand display of color come springtime. Joshua and sagebrush trees thrive at the higher elevations, while greasewood, yucca, creosote, mesquite, and cacti rule the lower part of the deserts.

Desert tortoises, lizards, toads, rabbits, and ground squirrels are also common in Nevada. Moreover, the state is a habitat for a wild horse population. Some of these horses are spotted by hikers along the Red Rock Canyon National Conservation area. Rivers and lakes, on the other hand, are home to rainbow trout, bass, catfish, and crappie.

4. It Has Relaxing Hot Springs

There are over 300 hot springs spread throughout Nevada's mountains and deserts, most of which are semi-developed or underdeveloped. The most popular sites use old bathtubs or galvanized metal tubs, with water flowing through pipes from a nearby natural source.

Many are located in remote locations and near designated historical buildings, with no electricity and little vehicle traffic. For example, Gold Strike Hot Springs' natural pools are a top destination among hikers and kayakers, just about 45 minutes from the Strip, on the Colorado River near the Hoover Dam.

Visiting this area requires scrambling, boulder hopping, and cautious maneuvers in every direction. Then, soak in several pools of varying temperatures as a reward after your challenging expedition. You can kayak to the hot springs, too, and enjoy picturesque canyon views while paddling.

5. It Has Impressive Manmade Wonders

Nevada is a haven for both natural and manmade wonders. The Las Vegas area specifically hosts a collection of modern buildings and classic landmarks, the most worthy places to dine and shop. The Bellagio and its rhythmic fountain shows are often described as the most iconic attractions in Sin City that everyone can experience for free.

The Strat Tower, Nevada Supreme Court, and the Eiffel Tower at Paris Las Vegas are incredible sights to behold, even from afar. Apart from the grand structures on and off the Strip, the city also has various buildings of historical significance.

The Hoover Dam is a curved gravity dam within the Black Canyon and Colorado River, constructed in the 1930s to control flooding and improve agricultural irrigation. Lake Mead, the biggest artificial reservoir in the U.S., was formed due to the dam’s construction. Tours around these structures offer exceptional opportunities to learn and relax.

Discover the Beauty of Nevada’s Deserts

Nevada’s modern, progressive side and awe-inspiring natural features make it a perfect spot for families, friends, and solo travelers. The desert may look like a boundless empty space, but it’s full of cool attractions you’ll want to visit over and over again.

Ready to experience the desert like never before? Sign up for a guided kayaking tour with Evolution Expeditions.

Las Vegas to the Hoover Dam: The Ultimate Itinerary

Kayaking in the Emerald Cove During Winter